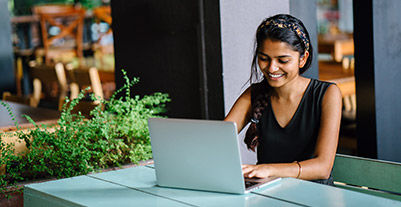 What is repo rate?

Repo rate is the interest rate at which the central bank of the country lends money to recognized commercial banks to achieve several fiscal goals for the economy. The term ‘REPO’ denotes ‘repurchase option or agreement.’ Used as a tool in the financial market, it facilitates borrowings through collateral of specific debt instruments in the economy.

These include government bonds, treasury bills, and the likes. In the context of the Indian money market, the Reserve Bank of India (RBI) lends money to commercial financial institutions at this rate, which is subject to changes as per the running policies. All commercial lenders in India can approach RBI during fund shortages and borrow money for a definite tenor against the deposit of government bonds as collateral.

As borrowers, these financial institutions pay interest to the RBI as per the applicable repo rate. At the tenor’s end, they can repurchase these bonds from RBI by repaying a predetermined price. As a monetary tool, the repo rate primarily serves to keep inflation in check apart from fulfilling other monetary requirements.

Moreover, the rate can change from time to time and this change affects other rates like home loan interest rate, rates on bank deposits, etc. The decision regarding the current repo rate is taken by the Monetary Policy Council (MPC) meeting headed by the RBI Governor. So, if you’re in the market for a home loan or any other instrument linked to the repo rate, stay informed about the potential changes to make an informed decision.

When was the RBI Repo Rate changed?

The trend of Repo Rate updates by the Reserve Bank of India:

Availing loans from financial institutions attracts interest payment on the principal amount. The interest, along with any other charges, comprises the total cost of credit.

How does repo rate work?

The application of repo rates is based on the same concept and works in line with this borrowing-lending functionality. While financial institutions lend money to the general public, they also need to borrow money during fund shortages/ financial crunch.

RBI fulfils this requirement of commercial financial organisations by initiating a repo transaction, i.e. lending money, and charging interest as per the existing repo rate.

The repo transaction completed between RBI and any commercial bank comprises specific components listed below:

As a significant proportion of money circulation in the market emerges from commercial banks, a change in repo rate can increase or decrease the cost of credit for financial companies. It thus impacts their lending policies, affecting the interest rates at which they lend money to the general public.

The RBI monetary policy repo rate cut stems from a decrease in liquidity in the country’s money market. It impacts economic aspects that increase the flow of money, making finances more readily available to the general public.

As commercial financial institutions can avail loans from RBI at cheaper rates, they are prompted to pass on benefits of lower interest rates to their consumers. One can consequently avail different types of loans at a lower cost of credit. An overall increase in affordable finances allows borrowers to avail loans of a higher amount and spend more, thus increasing monetary flow.

Check the below-listed impacts of cuts in repo rates

As repo rate cuts result in increased liquidity, resultantly propelling economic growth, the RBI initiates these cuts as and when the necessity to drive this growth arises.

On the other hand, increased liquidity can also pose challenges for the economy in the form of inflation. For this reason, rate cuts are initiated in smaller percentages like 25 bps or 0.25%.

The importance of repo rate extends to its effects on various aspects of a country’s economy.

a) The RBI uses it as a control mechanism to infuse or decrease liquidity in the financial system.

b) A change in repo rate affects the cost of funds for commercial banks, thus impacting their policies regarding retail lending.

c) Cuts in repo rates can be immensely useful in controlling inflation and achieving price stability in the financial market.

As per the current trend of rate cuts, commercial lending companies are prompted to offer loans and advances at reduced rates. It increases competition in the market, thus encouraging other financial institutions to reduce interest rates on various credits.

As an NBFC, Bajaj Finserv offers secured loans like home loans and other unsecured advances at attractive interest rates for increased affordability and convenient repayment.

How does repo rate affect the economy?

Repo rate serves as an effective financial tool and helps in monitoring the country’s liquidity, money supply and inflation levels. All these factors tend to be directly proportional with the rise and fall of the repo rate due to its direct relationship with the cost of borrowing for financial institutions.

Consequently, its primary effects on the economy are as follows:

As the repo rate significantly impacts the economy, the RBI makes sure to use it as a tool to regulate the financial market and formulates its Monetary Policy accordingly.

What is the impact of repo rate increase?

With an increase in repo rate, the cost of credit increases for commercial banks, thus making loans expensive for them. It limits their capacity to borrow and also prompts them to increase the rate of interest offered to retail borrowers for various loans and advances.

As bank loans become expensive for customers, it discourages them from borrowing more. It results in an overall decrease in money supply to the market, impacting the liquidity. A decreased availability of money tends to contain inflation. It is the primary reason why the RBI resorts to increasing this rate during periods of high inflation.

Similar to repo rates, another market instrument RBI uses to control and regulate the money market is reverse repo rate. It is a rate at which commercial lending organisations deposit their surplus cash to the RBI and earn interest. Unlike repo rates, these rates carry an inverse relationship with the economy’s money supply.

What is the RBI Monetary Policies about repo rate?

The Narasimhan Committee on Banking Sector Reforms recommended the introduction of repo rates as a part of Liquid Adjustment Facility (LAF) in 1998. Simultaneously, the concept of repo rates was introduced in RBI’s Monetary Policy.

As per these policies, repo rate is primarily used to control and regulate the available liquidity in India’s economic system. An increase in these rates limits the availability of liquidity, thus curbing a surge in inflation as well as bringing it down.

Alternatively, any reduction in this rate enables increased borrowings for commercial lenders as a result of reduced cost of credit. The recent Monetary Policy regarding cuts in repo rates has been in line to increase liquidity in the financial system, thus driving economic growth.