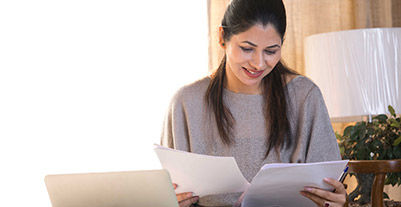 What is the IAY scheme and why was it renamed as PMAY?

What is the IAY scheme and why was it renamed as PMAY?

In 1985, under Rajiv Gandhi, Indira Awas Yojana, which is the IAY full form, was launched to provide housing for the rural population in India. This was the government’s proactive measure to solve homelessness, and in 40 years, the scheme has now been renamed to PMAY. IAY’s provisions, goals, and features are still very much in effect under the PMAY initiative.

Homelessness is the grim reality many citizens in urban and rural areas grapple with, and the last census found around 6.5 crore people living in urban slums. The IAY scheme was launched to combat this, and over time, it was renamed to PMAY and now functions under the ‘Housing For All’ mission.

IAY, otherwise known as Pradhan Mantri Gramin Awas Yojana (PMGAY) or IAY Gramin, was a sub-scheme of the Rural Landless Employment Guarantee Programme (RLEGP) and a social welfare programme that was first launched by Rajiv Gandhi in 1985.

It was the flagship housing programme of the Ministry of Rural Development and worked toward constructing houses for the below-poverty-line (BPL) population in rural India. In the financial year 1995-96, the IAY extended its aid to widows and close relatives of defence personnel killed in action as well.

What were the key features of Indira Gandhi Awas Yojana?

As the IAY was a social welfare scheme, a lot of the key features were designed to empower citizens, beyond simply putting a roof over their heads. To understand further, consider the following pointers.

What were the benefits of the IAY scheme?

The benefits of this social welfare scheme were as follows.

What was the eligibility criteria for the Indira Gandhi Yojana?

IAY was primarily aimed at providing housing for the poor in rural societies of India. So, households under the BPL were the primary beneficiaries; however, IAY was not restricted to just that category. Here is a list of all those eligible under this scheme.

What were the special projects undertaken by IAY?

The IAY scheme made reserve funds from the Central Government accessible to ensure that certain special projects across the states were carried out smoothly. They are as follows:

Why was Indira Awas Yojana Renamed as PMAY?

There is no official reason for why the Government of India renamed the Indira Gandhi Awas Yojana scheme to the Pradhan Mantri Awas Yojana scheme. That said, under PMAY, urban citizens can also access affordable housing via a home loan interest subsidy. Based on your income-group categorisation, you can get an interest subsidy through PMAY’s CLSS component of up to Rs. 2.67 lakh. All you need to do is partner with an empanelled lender.

This is a benefit you can enjoy when you avail the Bajaj Housing Finance Limited Home Loan. What’s more, you can get approval for a sizable sanction at an attractive interest rate, and opt for a tenor that ranges up to 30 years. This loan is also easy to avail thanks to its relaxed requirements, and you can start the application online by filling a simple form.