According to a 2018 report, the Municipal Council of Gurgaon (MCG) has declared that they will construct around 37,000 houses as part of the PMAY initiative. Further, the government of Haryana has already chosen around 27,000 individuals for PMAY benefits under the following components:

All these components greatly aid a homeowner like you. For instance, as a beneficiary of the CLSS initiative, you can gain access to subsidised credit to make your purchase.

Pradhan Mantri Awas Yojana Gurugram is part of PMAY in India, a scheme that aims to provide affordable housing to all by 2022. According to reports, government agencies like MCG, HUDCO and HSIIDC will join hands to power PMAY in Gurgaon. Further, the Haryana government’s vision extends to old cities in urban areas and in 2018, a new affordable housing policy was under consideration for these localities.

Pradhan Mantri Awas Yojana Gurugram, Haryana comes under PMAY U and as such, the scheme that commenced in 2015 will come to a close in 2022. Nevertheless, in case you are interested in CLSS benefits, it’s important to note that as a Middle-Income Group beneficiary, the CLSS scheme is valid for you until 31st March, 2020. For the other eligible beneficiaries, the scheme stays valid until 31st March, 2022.

To get eligible for the Pradhan Mantri Awas Yojana Gurgaon, you must qualify for the scheme under one of these income categories.

Keep in mind that to qualify for the PMAY scheme, you or any of your family members should not own a pucca house in any part of the country. Similarly, you or your family members must not have availed Central assistance via Govt. housing schemes. You need to be a first-time homebuyer and here, your family comprises you, your spouse, and your unmarried children.

You can check if you qualify for the PMAY benefits online through the official PMAY website. Follow these steps to know if your name features in the PMAY list.

After verifying your name on the PMAY list, avail CLSS benefits of up to Rs.2.67 lakh by applying for a Bajaj Housing Finance Limited Home Loan. Here you can get a large sanction of up to Rs.3.5 crore that you can repay over a tenor of up to 20 years. Moreover, you can enjoy the benefits of a property dossier, a top-up loan and nil charges on part-prepayments and foreclosure. Further, to streamline the application process and hasten disbursal you can check your pre-approved offer before applying. So, avail this loan and become a proud homeowner in Gurgaon.

DISCLAIMER:
The information, products, and services included in or available on bajajfinserv.in may include inaccuracies or typographical errors. Changes are periodically added to the information herein. bajajfinserv.in and/or its respective suppliers / affiliates may make improvements and/or changes on the bajajfinserv.in website at any time.
The material contained in this site and on associated web pages is general information and it is not intended to be advice on any particular matter. Subscribers and users should seek professional advice before acting on the basis of the information contained herein. The decision with respect to any financial product or opportunity or nature or suitability or choice or the viability of any product or service shall always be sole responsibility and decision of the subscriber and user. How Urban Residents Can Get a House under PMAY - Urban? Can you apply for PMAY? Know the PMAY eligibility criteria here Pradhan Mantri Awas Yojana Ghaziabad: Everything You need to Know

6 things you must know before taking a Home Loan How to Apply for a Bajaj Finserv Home Loan Online

6 Factors That Can Affect Your Home Loan Eligibility | Bajaj Finserv Pradhan Mantri Awas Yojana in MP: All You Need to Know A Complete Guide About Pradhan Mantri Awas Yojana in Odisha All About Pradhan Mantri Awas Yojana in UP All About Pradhan Mantri Awas Yojana in Maharashtra 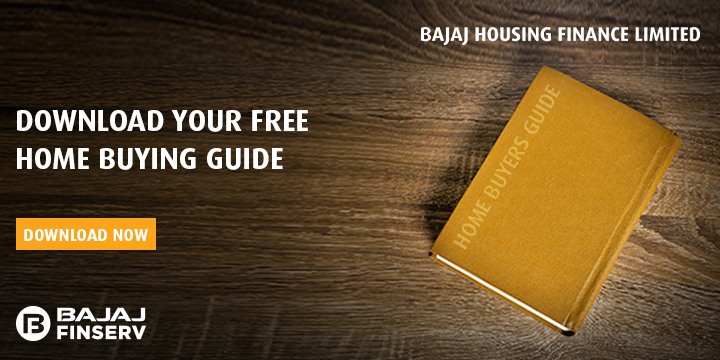