Working towards transforming societies by reducing the socio-economic disparity into an egalitarian one. The Bajaj group’s collective values stand for social justice and promote the good of all through sustainable livelihood, the dignity of labour and utilizing natural resources for growth and well-being. 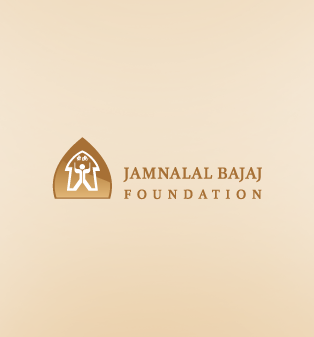 The Foundation gives four awards annually, of Rs. 5 Lacs each. Of these, three are given to individuals in India for outstanding contribution in the fields of 1. Constructive work on Gandhian lines, 2. Application of science and technology for rural development, 3. Development and welfare of women and children. 4. International award for promoting Gandhian values outside India.

The Foundation has donated to various institutions/ NGOs from time to time to strengthen their various community welfare activities. The Jamnalal Bajaj Foundation is also committed to rural development activities, especially in the Wardha district. In addition, the Foundation substantially funds programmes that facilitate economic development, health, hygiene and sanitation, child and adult education, women and child welfare and alternative use of natural resources. Of special significance is the Foundation's financial contribution to widows and children of farmers of the Vidarbha district who have committed suicide. 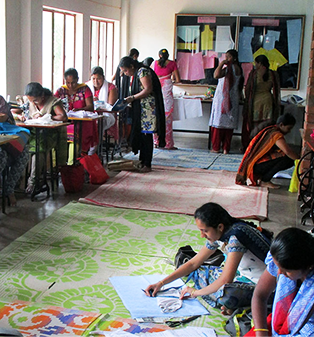 The Jamanalal Bajaj Sewa Trust, formed in 1942, was the first charitable Trust to be formed at the initiative of Shri Kamalnayan Bajaj. The initial thrust was towards assisting Sarvodaya workers and Gandhian constructive programmes. Later the Trust scaled up its activities and established the International Sarvodaya Centre (ISC) - Vishwaneedam over 400 acres of land on the outskirts of Bengaluru. Vishwaneedam's initiatives are centred on providing the benefits of its various programmes to improve the quality of life of the beneficiaries through various activities like: 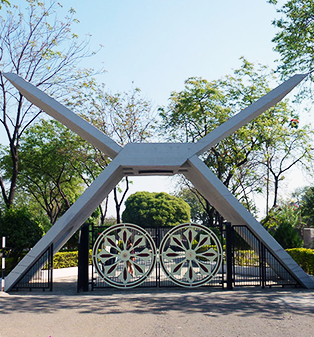 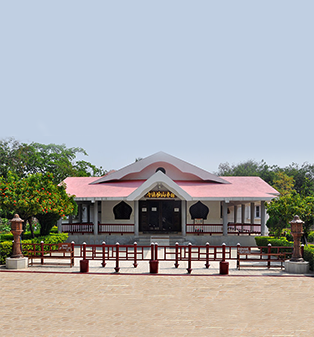 Fuji Guruji Memorial Trust has established Bauddha Mandir, Vishwa Shanti Stupa at Wardha to promote the thoughts and teachings of Lord Buddha, Mahatma Gandhi, and other preachers, in a bid to propagate the message of world peace, love, non-violence and equality of all religions. It has also established Bal Sanskar Kendras to benefit poor children below the age of six years from small villages in the Wardha District. 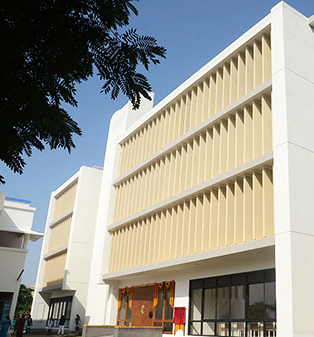 Founded in 1914 by Late Shri Jamnalal Bajaj, Shiksha Mandal, Wardha runs seven colleges in Wardha/ Nagpur, with around 10,000 students. These include colleges for commerce, science, agriculture, engineering (polytechnic), and rural services. Shiksha Mandal's mission is to provide high-quality education at an affordable cost. It was set up to develop human resources for national development, and it strives to fulfil its mandate. All the colleges are in the midst of development, both academic and infrastructural. Its affiliating University recently rated Ramkrishna Bajaj College of Agriculture as 'A'.

ASTN Engineering Polytechnic has invested Rs. 1.6 Crore to double its space and upgrade its laboratories. JB College has a new Biotechnology and Microbiology Lab and a Girls' Hostel. Ten Shiksha Mandal faculty members received project grants in the year FY2012, as against three last year. Almost 30% of the faculty in the colleges are Ph.Ds. During FY2012, they produced over 68 papers in journals and 15 books. The topper in the XII Commerce Board Exam from Vidarbha was from its GS College, Nagpur, as was the topper in Nagpur University's MBA course.

Guidance for appearing in the Common Proficiency Test of the Institute of Chartered Accountants of India was started at GS College, Wardha. A 50% result was achieved compared to 20% nationally and 2% in Wardha. Similar results were achieved at GS College, Nagpur. A vegetable vendor's daughter and an auto-rickshaw driver's daughter were amongst the qualifiers. Meritorious students from low-income families are given full remission of fees.

Shiksha Mandal has a very strong National Service Scheme (NSS) culture, and camps are held in villages. Students built a house for a destitute woman during one such camp this year.

A new Bajaj Institute of Technology is being planned at Wardha. The Institute is expected to set new standards in developing industry-ready students.

Bajaj Science Centre was set up in 2008 to instil a passion for science and innovation in young minds, enabling them to become tomorrow's visionaries on the subjects. With the emphasis on hands-on experimentation, it is a place to think, learn and experiment.

Starting with 40 students on 139.3 sq. m. (1,500 sq. ft.) of space, 4 teachers and with an investment of Rs. 2,00,000; it now has over 400 students with a specially designed centre on a sprawling 3065 sq. m. (33,000 sq. ft.) complex with excellent laboratories built at the cost of Rs. 56.4 million. A year after its inception, at least one of its students has been making a mark at a national level science competition every year. Two of its students have also been awarded the prestigious National Kishor Vigyanik Puraskar Yojana Scholarship.

Over 100 students travel 15-50 kms to reach this Centre. The Centre is also a training ground for science school teachers from Vidarbha.

The Institute of Gandhian Studies (Gandhi Vichar Parishad) is an educational and public charitable institution that has been set up as one of the commemorative projects of the Jamnalal Bajaj Centenary Year. It was established at Wardha on October 7, 1987. The object of the Institute is to promote, organise, sponsor, undertake the study of the life and thought of Mahatma Gandhi and the predecessors of Gandhi and contemporary thinkers and social revolutionaries. It offers courses of study of different durations oriented towards the academic community, including the Departments of Gandhian Studies in universities, thinkers, religious groups, activists, trade unionists, panchayat leaders, workers among unorganised labour, workers of voluntary and grass-root organisations, women, youth, students and similar other groups. The campus of the Institute is also the venue of district-level Renewable Energy Education Park.

The objective of the Institute is to promote, organise, sponsor, and study the life and thought of Mahatma Gandhi and the predecessors of Gandhi and contemporary thinkers and social revolutionaries. They have drawn inspiration from Gandhi or arrived at similar views based on their own experience and reflections and undertake comparative studies of the philosophy and methodology of Gandhi and other thinkers and social revolutionaries and carry out the above objective. 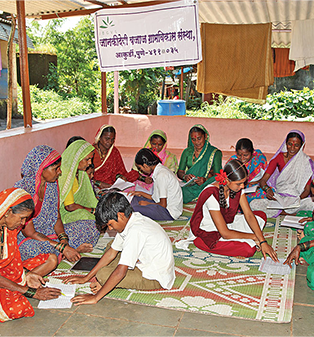 (JBGVS) is playing a critical role in empowering underprivileged people by generating sustainable livelihood in the non-farm sector. It has developed three types of interventions to achieve this objective:

Under the three models, the underemployed and unemployed poor are encouraged to set up small enterprises relating to manufacturing, servicing, trading, and petty business for which there is considerable local demand.

The livelihood programmes are focused on:

JBGVS Education programmes aim at the holistic development of children of all children of all walks of life. The motto is to create enabling learning platforms for children otherwise deprived of it, given their physical, mental, or financial predisposition.

JBGVS aims to bridge the gap between the current and desired education situation through various internal interventions and partnerships with multiple organisations that specialise in dealing with one or more of the problems that hamper the Indian education scenario today.

JBGVS programmes are designed to develop local leadership in the villages, empower women through SHGs, promote local cultures, rural sports etc. The idea behind these activities is to empower people, particularly youth & women, to carry forward the development activities once JBGVS withdraws from the villages. All the activities have an inherent objective of leadership development. Mahila melavas (get-togethers of women) are organised to increase interaction amongst women and raise awareness about social issues like dowry, female foeticide, alcohol addiction, domestic violence, pollution, and the menace of plastic use, environmental degradation etc.

Social development activities in urban areas are conducted by Samaj Seva Kendra (SSK). In 1974, SSK started its activities in Akurdi.