The board of directors is our company's governing body, consisting of individuals elected by the shareholders. 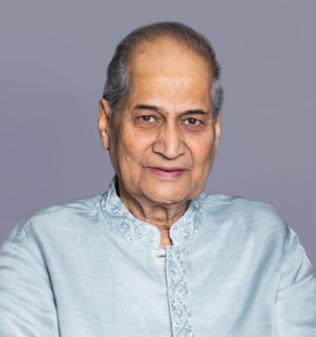 He was the recipient of many awards, including the third-highest civilian award Padma Bhushan, from the government of India and honorary doctorates from many universities. He had a BA (Honours) in Economics from Delhi University, a law degree from Mumbai University and an MBA from Harvard Business School.

As per February 2021, he was ranked at 421 on the Forbes list of the world’s billionaires with a net worth of USD 8.2 billion.

He spearheaded the CSR activities of the Bajaj Group of companies and charitable trusts including Jamnalal Bajaj Foundation.

He passed away in Pune, on February 12, 2022, at the age of 83. He was cremated with full state honours in the presence of industry leaders, politicians and the common man, who bid adieu to one of the finest industrialists of modern India. 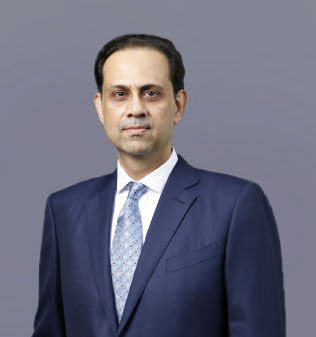 Under his leadership, Bajaj Finserv has emerged as one of India’s leading diversified financial services companies with solutions across lending, life insurance, general insurance, and wealth advisory category. With a consumer-first, digital approach and a culture focused on excellence through innovative disruption, Sanjiv is known for pioneering digital consumer financing in India, which helped transform the entire landscape of the financial services space.

He is the President of the Confederation of Indian Industry (CII) for 2022-23. Sanjiv has been engaged with CII for many years at the State, Regional and National levels. He was the President-Designate of CII for 2021-22 and the Chairman of the Western Region during 2019-20. He has led CII National Committees on Insurance & Pensions and CII Taskforce on Fintech. He is an alumnus of the Harvard Business School, USA and a Member of the Board of Indian School of Business (ISB), Member of the International Advisory Board (IAB), Allianz SE and the International Technology Advisory Panel (ITAP) of Monetary Authority of Singapore (MAS) and Regional Stewardship Board for India and South Asia 2019-2020 of the World Economic Forum. He has several awards to his credit, including AIMA’s Managing India Award’s Entrepreneur of the year 2019, ET’s Business Leader of the year 2018, Financial Express’ Best Banker of the year 2017-18, Ernst & Young’s Entrepreneur of the year in 2017 and Transformational Leader award at the 5th Asia Business Responsibility Summit in 2017. He is also a recipient of the Business World’s Most Valuable CEOs in India for 2015 & 2016.

Sanjiv is on the board of his group operating companies as the Chairman of Maharashtra Scooters Ltd., Bajaj Finserv Asset Management Limited and the two insurance subsidiaries i.e. Bajaj Allianz Life Insurance Company Ltd., and Bajaj Allianz General Insurance Company Ltd. Since 2012, he is the Managing Director of Bajaj Holdings & Investment Ltd. He is the former Executive Director of Bajaj Auto Ltd., and presently its non-executive director. 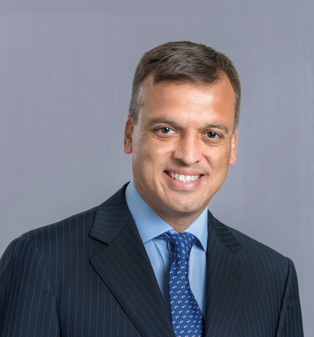 Rajeev Jain is the Managing Director of our Company. He is a management graduate and has more than 28 years of experience in the consumer lending industry. Rajeev has been associated with our Company for about a decade and a half. At Bajaj Finance Limited, Rajeev has charted an ambitious growth path for the Company.

The Company is at an inflexion point and owes its exponential growth from a captive finance company to the most diversified non-bank in India today. His cumulative experience at GE, American Express and AIG has helped him change the Company's course and put it on a high growth path. He has vast experience managing diverse consumer lending businesses viz. auto loans, durables loans, personal loans and credit cards.

Rajeev was earlier with American International Group as a Deputy CEO of its Consumer Finance business. At AIG, he was responsible for building the strategic framework for AIG Consumer business entry in India, creating a holding company, and acquiring two non-banking finance companies to establish an AIG base in the Indian market.

Before that, he was with American Express, where he spent about six years. During this period, he did various roles across various products like credit cards, personal and business loans etc. When he left American Express, he was the Head of Personal and Small Business Lending in India. Rajeev is a Management graduate from T A Pai Management Institute, Manipal, with a Bachelor’s Degree in Commerce. 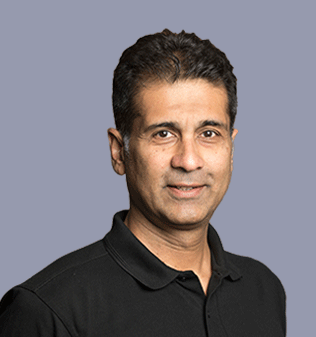 His current priority is the application of the scientific principles of Homoeopathy to the task of building a brand centred strategy at Bajaj Auto to achieve its vision of being one of the world's leading motorcycle manufacturers.

He has won a number of awards and recognitions from various prestigious bodies and institutions for his Business Leadership, Entrepreneurship and Innovation. 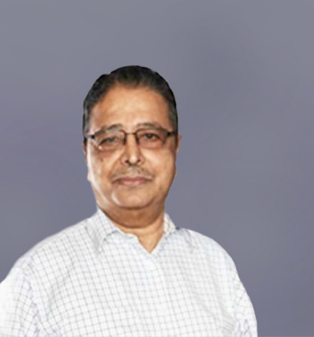 D.J. Balaji Rao, born on 15 December 1939, is a Non-Executive and Independent Director of our Company. He holds a B.E. Degree in Mechanical Engineering from the University of Madras and is an Associate Member of the Indian Institution of Industrial Engineering (AMIIIE). He attended the advanced management programme at the European Institute of Business Administration (INSEAD) at Fontainebleau, France, in 1990.

He pursued his career as an Industrial Engineer for about 8 years before joining erstwhile ICICI Ltd. (Since its merger with ICICI Ban Ltd.) in 1970. After holding a wide range of responsibilities at various locations and positions, he reached the position of deputy managing director. He subsequently took over as the vice-chairman and managing Director of SCICI Ltd. in August 1996. With the merger of SCICI Ltd. with ICICI Ltd., he moved to Infrastructure Development Finance Co. Ltd. (IDFC) as its first Managing Director. He served till his superannuation in January 2000. He has served as the non-executive Chairman of 3M India Ltd. Between 2008 and 2014. He is on the boards of many leading companies. 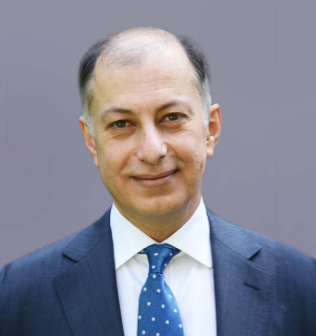 Naushad Forbes, born on 13 May 1960, is a Non-Executive and Independent Director of our Company. He is the Co-chairman of Forbes Marshall, India's leading Steam Engineering and Control Instrumentation firm. He chairs the Steam Engineering Companies within the group. He was an occasional lecturer and consulting professor at Stanford University from 1987 to 2004, where he developed courses on technology in newly industrialising countries. He received his Bachelors, Masters and PhD degrees from Stanford University.

He is on the board of several educational institutions and public companies and is the Chairman of the Centre for Technology, Innovation and Economic Research, Pune.He has long been an active member of CII and has at various times chaired the National Committees on Higher Education, Innovation, Technology and International Business. He was President of CII for 2016–17. 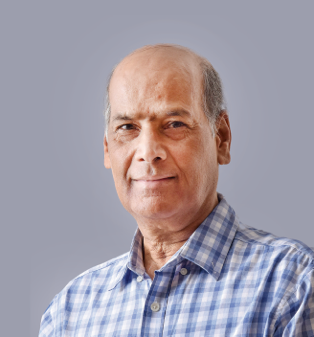 Anami Roy is an independent director at Bajaj Finserv Ltd. He is a distinguished former civil servant, having served in the Indian Police Service in Maharashtra and the Government of India for over 38 years. Known popularly as the People's Commissioner, he set up many citizen-friendly schemes. He started the Mumbai Police Infoline for giving all information from and about Police through a toll-free number, Elderline for senior citizens, Slum Police Panchayat etc. He retired as the Director-General of Police, Maharashtra, commanding a 2,25,000 strong Force. He headed the elite Special Protection Group operations, looking after the proximate security of the Prime Minister, former prime ministers, and their families. He was appointed Advisor to the Governor of Andhra Pradesh when the State was under President's rule in 2014. As a Director General Police, he also facilitated the reorganisation of the states of Andhra Pradesh and Telangana and supervised the General Elections of 2014 in both states. Post-retirement, Roy is engaged in the social and non-profit sector and runs a not-for-profit company, Vandana Foundation, to support people at the bottom of the pyramid with livelihood.

He is on the Board of Directors of some prominent companies like HDFC Bank, Glaxo Pharma, BHEL and Bajaj Auto. He brings with him a rich-blended experience of public service, functioning of governments at the state and central level and the corporate world. 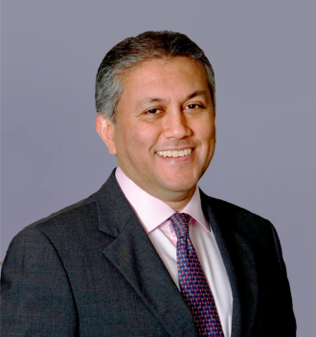 Pramit Jhaveri presently acts as an advisor and mentor to startups and corporates and family offices. He is an advisor - Premji Invest and Senior Advisor - PJT Partners. Before his current activities and Pramit, and was Vice-Chairman - Banking, AsiaPacific Citi. He served as Chief Executive Officer of Citibank India from 2010 to 2019. He retired from Citibank in November 2019 after a distinguished career in banking of 32 years, having joined the firm as a 23-year-old in 1987.

Pramit serves as a Trustee on the boards of several philanthropic, non-profit entities in India. These include the Tata Trust, which is amongst India's oldest and most pre-eminent philanthropic institutions; Pratham Education Foundation, an NGO dedicated to the quality education of underprivileged children; India Foundation for the Arts, a grant-making organisation supporting practice, research and education in the arts; and the World Monuments Fund India, an organisation involved in conserving and preserving India's architectural heritage.

Pramit has a Bachelor of Commerce degree from Sydenham College, Mumbai University and an MBA from the Simon School of Business, University of Rochester. He is an avid tennis player, a keen follower of cricket and soccer and a long-standing collector of Indian contemporary art. 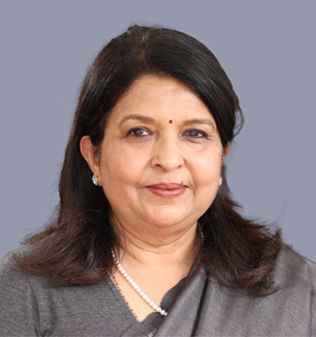 Ms. Radhika Haribhakti has over 30 years of experience in Commercial and Investment Banking with Bank of America, JM Morgan Stanley, and DSP Merrill Lynch. She has advised several large corporates and led their Equity and Debt offerings in domestic and international capital markets. She now offers advisory services as RH Financial but primarily serves as an Independent Director on multiple Corporate Boards.

She is on the Boards of Directors of ICRA Limited, EIH Associated Hotels Limited, Navin Fluorine International Limited, Pipeline Infrastructure Limited, Rain Industries Limited and Torrent Power Limited. At these companies, she is a member of several board committees, including some of which she chairs.

Ms. Haribhakti has also been closely associated with women's empowerment and financial inclusion issues. She has served on the Boards of non-profits for over 18 years, including 12 years as Chairperson. She is the former Chair of Friends of Women's World Banking (FWWB) and Swadhaar Finaccess, both non-profits engaged in providing financial solutions to women in economically disadvantaged communities. She has also served on the Governing Council of Citigroup Micro Enterprise Award and CII's National Committee on Women Empowerment.

Ms. Haribhakti is a graduate of Commerce from Gujarat University and a Post Graduate in Management from the Indian Institute of Management (IIM), Ahmedabad.

READ TO KNOW MORE ABOUT